PERRIGO'S PEEPS HOLD OFF THE LIONS IN A BARNBURNER 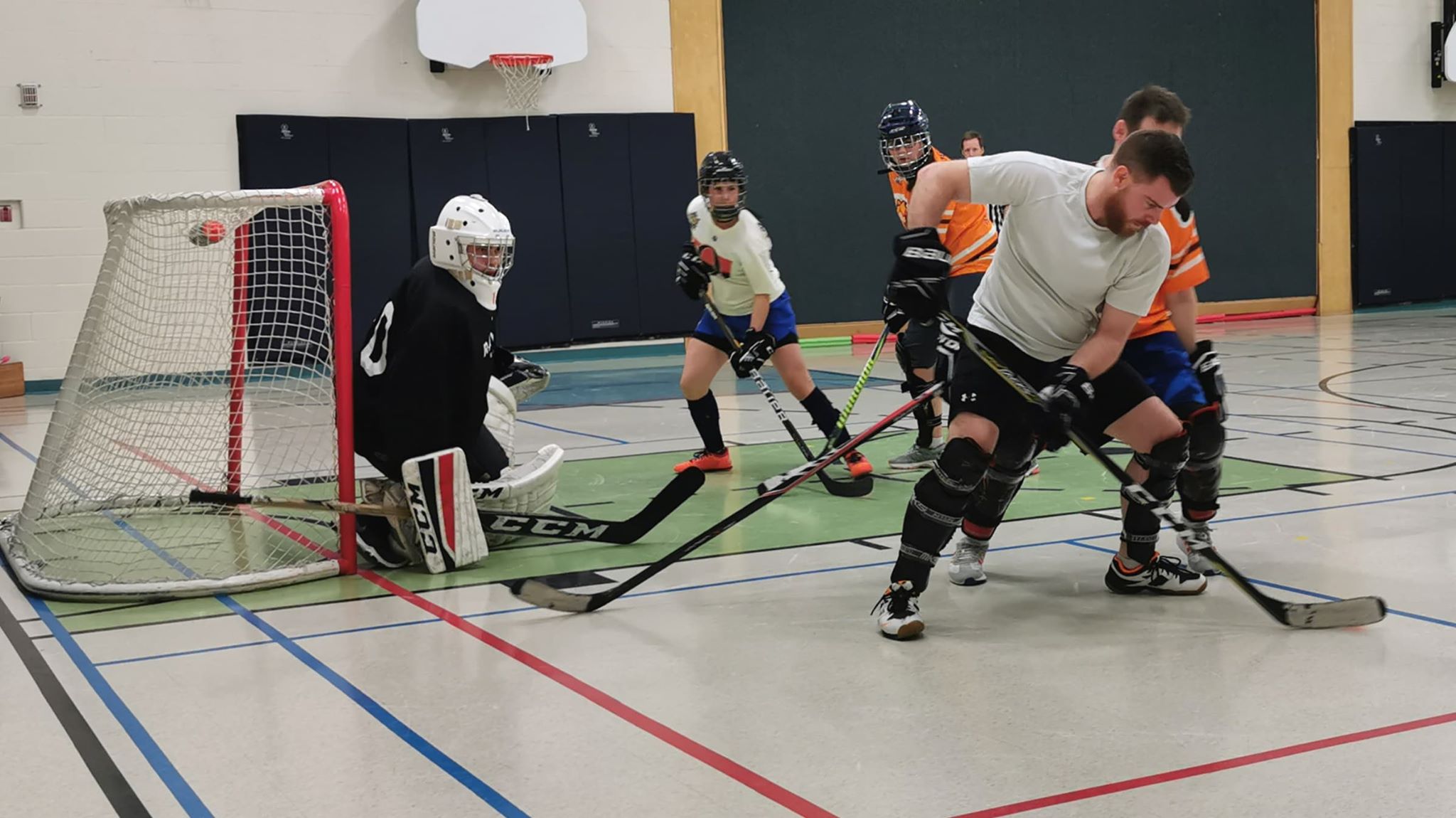 In our early game we had Perrigo's Peeps taking on the Capital City Lions. In their last matchup CCL beat PP by a slim margin, 9-7. We had a bit of a different matchup in nets with JP Donnelly in for CCL while spare Jeff Squires was in for PP. Right out of the gate we had Cole Dashnay slide one through the crease and in for the 1-0 lead. Super sniper Austin Perron continues his torrid pace with back-to-back goals including a beauty to put CCL ahead. Only a minute later PP would get a nice goal from spare Kiyomi Takahara, followed by an absolute rocket in front from the beautiful Jason Perrigo that went through the net and out, and Dylan Cundall's first career CCBHL goal as they slide ahead 4-2. With 2 minutes left in the frame Perron wasn't done and gets one unassisted for his hat trick goal. At the half the score was very close, 4-3 PP in the lead with the shots 25-24 PP.

The second period saw the same type of action as Annalisa Mazzarello makes an absolutely gorgeous shot top shelf off a turnover and Perrigo follows up with a nice goal of his own to put PP up 6-3. Halfway through the period captain Brock Murray finally gets on the board after being stoned by Squires throughout the game. Less than 20 seconds later, Devin McManus buries a nice one and Perron gets his fourth as CCL ties the game at 6-6. With 3 minutes left in the game Takahara nets her second of the game and a HUGE goal as PP pulls ahead 7-6. With 2:02 left on the clock Mazzarello gets her second goal on another gorgeous shot over the goaltender's glove. Perron responds with his fifth goal of the game and 25th goal of the year off a nice feed from Amanda Murray and the game isn't quite over as it is 8-7 PP. CCL keeps it coming but an errant shot hits Mazzarello's foot and goes in to put PP up 9-7 and that is all she wrote as Mazzarello racks up a very impressive 7 points. PP pulls within one point of CCL in the standings and they will face Buzzkills in their next game while CCL will look to get back into the win column vs GENX after the March break. 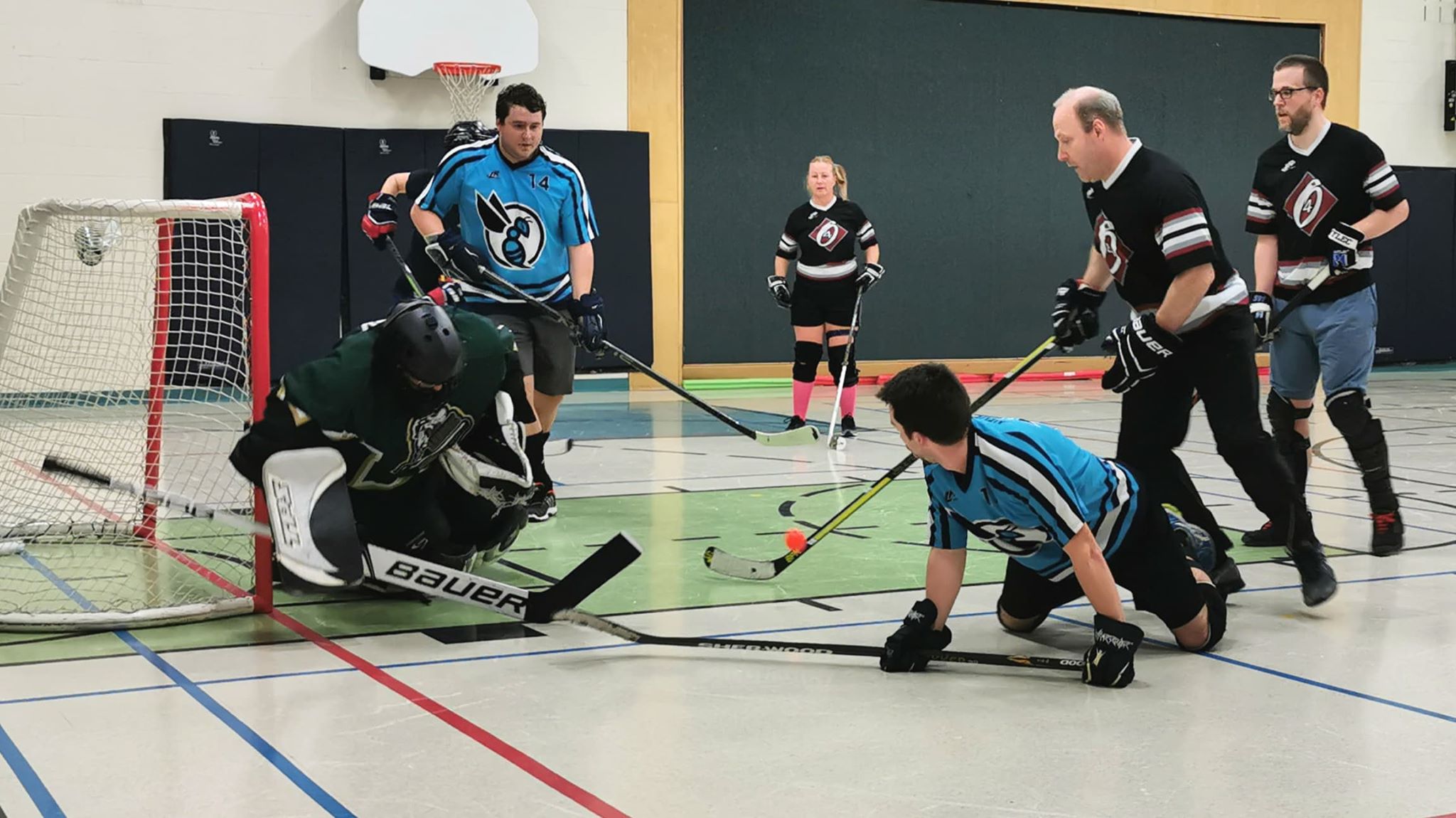 Our second game of the night saw Buzzkills taking on Original Four. BUZZ is coming off a shootout win over CCL while O4 has steamrolled their opponents throughout the season and were looking to clinch first place with a win. Four minutes into the frame Brock Murray would snipe one for the 1-0 lead. A couple minutes later bar captain Chris Stott blasts one from the middle of the floor for the two goal lead. BUZZ would respond as Lynn Fournelle buries one to pull within one. We had a ton of chances on either side and goaltender Jeff Squires was phenomenal with some acrobatic saves and displaying his 'tending prowess and spare Martin Leury had some solid saves on his end. Missy Newhook takes a feed from BEAST MODE Andrew Stephens off the side wall and wires it top shelf on Squires to put O4 ahead 3-1. With only 1:45 left on the clock Bradley McCarter gets on the board, but O4 spare Austin Perron lets a rocket go and squeaks by the goaltender and we have a 3-3 game at the half. Shots were a very respectable 29-26 for O4.

Fast forward a couple minutes into the second and Newhook wires home her second on the night from a very tight angle and only minutes later she unloads a laser that goes top shelf for her hat trick goal and a very impressive performance over the last couple games. BUZZ kept their feet moving but O4 was too much to handle on this night as Stott would bury his team-leading 13th goal on the season and take the scoring lead on O4. They would pot a couple more goals and this one would end 9-2 with O4 unleashing a flurry of shots on Squires, 59-47. Going into the break O4 will sit for two weeks and enjoy the cushion of first place while BUZZ will face off in a very important game versus PP in two weeks time.

No games this week.